I recently picked up a Fujitsu Lifebook C325 and restored it to life. As much as I like this machine, it has a Trident 9388 chip onboard, which suffers from the dreaded scrambled/split screen bug in several DOS games (Asterix & Obelix and Inner Worlds here): 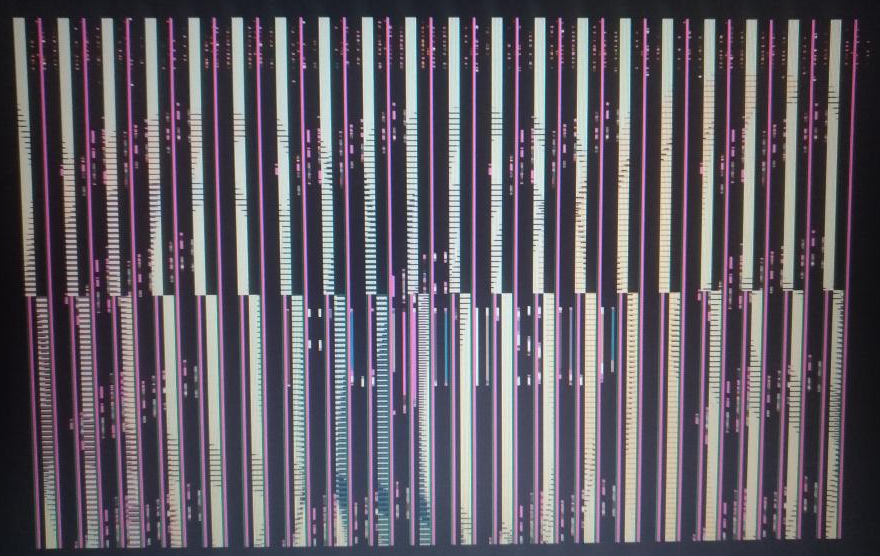 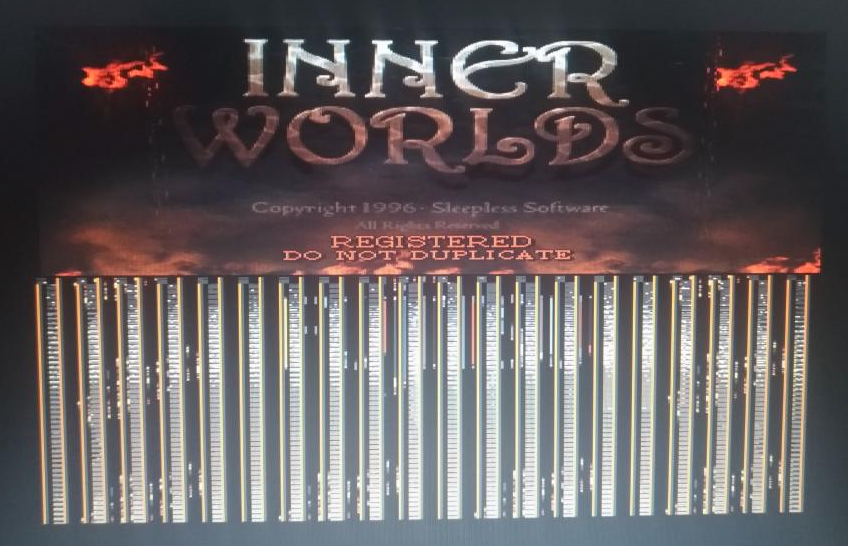 I tried running UniVBE 6.7 to see if that changes anything, but sadly it doesn't recognize the chip as a supported card. I've heard there's supposedly a modified univbe.drv driver, that has support for these Trident chips, but I couldn't find any that would work. Any idea or hint if that issue's even fixable on this card?

Sorry for doubleposting, but I just couldn't leave it alone and decided to dig further into the world of old Trident chips. While looking around for any clues, I stumbled upon an old DOS utility disk, with several interesting programs, like SETPCI or SETBOARD. There was also one called SVM, that let me choose a video mode: 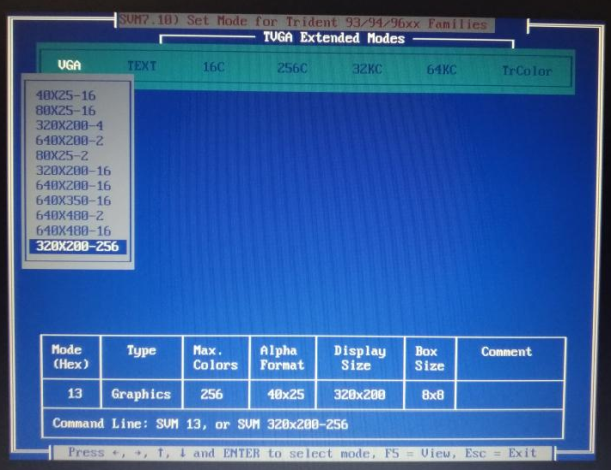 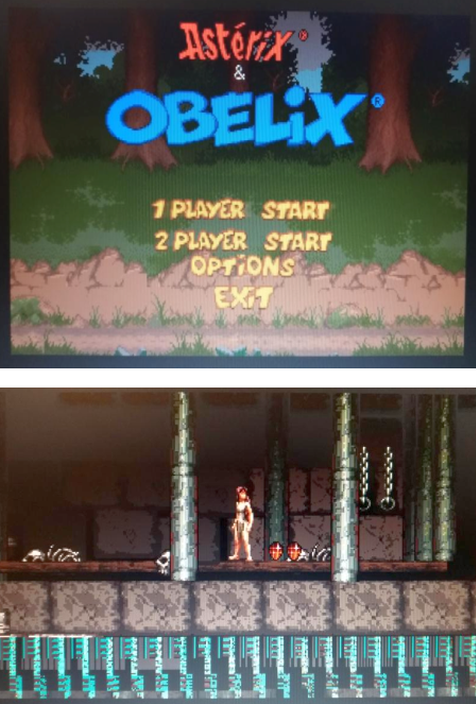 What's left for me to figure out is the bottom display in Inner Worlds, as it's still garbled, but at least the game itself seems to be running just fine! Any ideas for this particular problem?

...Possible hardware issue (maybe bad VRAM or caps)? I have a ThinkPad 560E with a Trident Providia Cyber9382 (an earlier version of the 9388) and I didn’t see any issues whatsoever with the 2 games you mentioned - didn’t even need the utility to set the correct video mode first.

I think it's a hardware bug. My Lifebook C325 shows exactly the same symptoms.

I solved most of it by changing to video mode 0x13 (320x200 pixels, 256 colors) twice in a row, which fixes the garbled screen (Asterix & Obelix) and half-height (Inner Worlds title screen) issues displayed in the first post. I wrote myself a .COM file containing the following assembly instructions:

FIXVGA.COM is now part of my AUTOEXEC.BAT on that Lifebook. After this is run, the system displays most VGA games (Doom, Wolf3D, Monkey Island 1+2) fine right from the start. The COM file is actually just 25 bytes, adding it to a zip archive increased the size quite a bit.

As for the problem with the garbled stuff at the bottom of the screen (Inner Worlds in-game screen), that's a something I haven't been able to fix. The hardware doesn't seem to support the EGA/VGA split screen feature. Many games that have some sort of a status bar at the bottom of the screen use the split screen feature. Games using this feature include Crystal Caves, Secret Agent, Catacomb 3D (also Abyss, Apocalypse and Armageddon), Hovertank, Vinyl Goddess from Mars and, given your pics, Inner Worlds. There might be even more games out there that rely on the split screen feature, these are just the ones I've come across so far.

Thanks for that 😃, it solved the video bug in 13h mode for my Fujitsu E330, I was already getting sad thinking it was a problem in the video memories, it would be terrible as I found out that in Cyber9388 the video memory is contained inside the BGA.

Interesting, I need to try this com for my laptops.