Glide ceased being proprietary when it opened in 2000 😀

Thank you for your videos =)
now we know Daikatana uses PowerVR (Power SGL) with miniGL?

It uses a modified quake 2 engine so unlikely.

There is Porbably A2 Racer support PowerVR
and
Biohazard OEM PowerVR version, which is actually Resedent Evil that mentioned here

S3 Virge Documentation if some one needs it

hmm not sure how Windows apps can react to MIDI, and NV1 memory, in theory MIDI should be disabled to free memory on NV1 , and probably you can get better performance or load higher res textures.
this just my troughts while i reading it

and seems it should have bundled games?
Starwars Racers
Sega Rally2
Alien vs Predator
Unreal Tournament Demo (which is soon of all a Direct3D game?) from this page
https://pc.watch.impress.co.jp/docs/article/9 … 02/hotrev33.htm
we can be sure Neon250 runs two games
Resident Evil SGL API 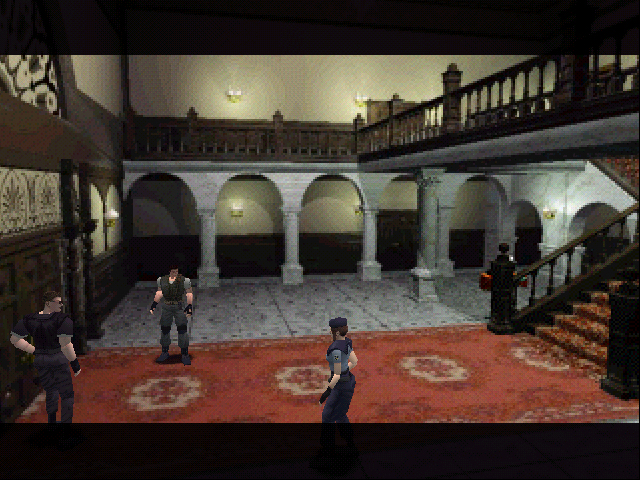 Forgive me for posting consequentive times, look previous post too.
Found another 4 PowerVR games, not listed here, but should be known by vetz
http://vogonsdrivers.com/getfile.php?fileid=5 … &menustate=16,1
This is:

Not sure I would call those games, more like interactive tech demos.

Gona/me have made a Neon 250 compatibility list, but I cannot remember where it is posted atm.

1. ResidentEvil is only D3D on PowerVR? (there is a tool on the cd that let's me think that)
2. Motoracer1 can not run the Track (lostruins) on PCX1. Message: not enough memory for D3D.
3. X-Tom3D does mention PowerVR support (opengl) but the driver is not included 🙁
4. Mageslayer runs MUCH better on PCX1 when driver 2440 for the rageIIc is used.
5. GLquake has a pointer-issue with DX5 and ati 2560 driver, 2440 is fine. Beside that with 2440 10% more frames.

Or you need help to configure system to run these games exactly on this hardware? sorry i helpless here, hope someone else answer.

1. This is the PowerVR Version! (3dshooterlegends)
2. Yes, but it directly uses powervr and disables D3D mode in the menue. (one tracks seems to require more vram, perhaps this can be achieved by tweaking)
3. https://www.mobygames.com/game/xtom-3d https://archive.org/details/XTOMDEMO
4. Why does the other driver on the ATI affect the framerate on the PCX1 ? It's MUCH better on PCX1 with ATI2440 used on RageIIc (strange!)
5. -

1. I believe vetz =) its PowerVR, not hecked my self, but i dont have any doubts
2. You mean it uses PowerVR SGL API? can't be, vetz already debunked it, and its Direct3D. Don't know how to help.
3. Ok , checked it not uses PowerVR SGL API
4. PowerVR addon card heavy relies on primary card, a faster primary than faster PowerVR addon.
5. I think for all questions above need to be created separate thread. This is for searching games with Proprietary API, not about settings and system configurations, setup, etc... you can create post link here so go too. Here will try to keep on topic.

Not checked Neon 250 bundled? games: (well OCRed screenshot and translated its no bundled, its some troughts on how neon250 perform on retail released games)

not checked , but believe its only Glide game

Probably can support PowerVR unofficially by placing right files on directory with game:

Checked .dll dependents and sgl_ exports , but need to be checked on real hardware, soon of all its really PowerVR SGL API Games

Interactive Tech Demos (partially can be considered as games)

Can't test, odd game works on win7 but didn't work on my win98 machine wtf:
Formula One 99 - should be PowerVR

Still to be continued =)

I don't think we should consider cancelled games. Maybe on a separate list.

The easiest to find/aquire is Virtua Cop and Battle Arena Toshinden as support was included in the retail releases. You can easily get a copy on Ebay/Amazon if you want an original copy or you can probably find it through other means.

Asghan: The Dragon Slayer - possible can use S3D , ATI 3D CIF, Matrox MSI, since it contains DLL's for that APIs.