I never saw ISA slot condoms before. Now I have, thanks! 😀

That would be the centre board, that says 80386 in the middle of the white socket. Not hard to spot 😀

Well there's no fooling you with the Weitek sockets 🤣

I never saw ISA slot condoms before. Now I have, thanks! 😀

I was trying to remember WTF I did there 2 decades ago... I think I was running it on the baseplate of a small form factor system with a HDD that had spiky bottom through hole components on it's interface board, that was just sitting on top of the slots, and I didn't want it shorting anything.

Been fiddeling with my PiStorm the last two days. Getting to know it. I am just curious as if I have done something wrong. Sysinfo reports A600 ChipSpeed at 2.63!!!! Is that normal, because last reports that I came across, was ChipSpeed at around 0.97 or something like that. And that is from within Workbench and directly from floppy.

For those that are interrested in my setup. Then I have installed the PiStorm software, installed Midnight Commander as well as enabled root login and set the resolution at 1024x76 in raspi-config. The only two things that I have changed in the PiStorm-Config, are loading Kickstart 3.1 from the SD card and having one single HDF file set up in the SCSI emulator. Else everything is stock (020 and so on)

I believe that 500, 600, 1200 gain speed when there is fast RAM available as opposed to just running out of their onboard chip RAM.

I believe that 500, 600, 1200 gain speed when there is fast RAM available as opposed to just running out of their onboard chip RAM.

The videoes on Youtube that are about PiStorm, all have it set up with that amount of ram. Some with 020 and some with 030 CPU emulation. The fastest I have seen, were 0.97 in a600 ChipSpeed. I was just amazed to see that it finally performed over 1.0

PiStorm is just a different thing, as it emulates parts of the Amiga, instead of being an actual CPU. That is why the Altea CPLD is there. It is a kind of glue-logic to bridge the RaspberryPI.

EDIT:
I fired up the machine, and took a couple of pictures.... I like the speed of the thing, and even the HDD speed better.

I followed up a lead today. I don't think this is quite a haul, I didn't really buy it, it wasn't a dumpster...

I got some 12V PSUs for free POS terminals (maybe more later, not sure if *anything* is working and they are perhaps retro-ish but not vintage - probably an Atom Celeron rather than a classic Celeron). The problem is some maroon cut off the system-end cables, out of spite or whatever.

So, that was annoying. BUT I discovered the PSU bricks were screwed together instead of glued, AND the cases are keyed so you can't assemble the wrong way, AND the 4-pin connector which is missing only has the two wires from the PSU board, so it's basically 12V and ground, which is cake. I can do wiring but I will need to buy a connector (maybe I can bodge something to test - again not sure if any of these work). Unfortunately the shielding on the PSU board is soldered on, so removing those wires will be slightly tricky (and installing new ones trickier). But basically two leads should not be that hard to do even with a 4-pin connector. The only reason I can think of to use a 4-pin connector with two ground and two 12V from one pair of wires from the PSU is to make the system non-standard to sell replacement parts.

I will have to take down the POS system (which is very compact) to see if there are even four wires out of the connector on the other side, if it's just two, then I could just replace both connectors with something I have in stock or is less than $5 for one end of the connector. But I have a few PSUs I can mod in either case. The 4-pin appears to be a keyed Kycon KPPX-4P.

Unfortunately, search engines are incapable of distinguishing between electronic parts stores, electronics stores, electrical supply stores, and electronics repairs stores, so I guess I will have to mail order if I can't find that 4-pin PSU my brain says I have somewhere.

Looks like there are only two current paths behind the plug as well - huh. Maybe the pins aren't rated for 150W each? The shield and two pins in one plane and the two power pins on the other. I found some generic 4pin supplies for sale but they split the pins differently, a power and ground each on left and right instead of two ground on the left and two power on the right.

This is what happens when I have a camera and I'm too lazy to drag out my multimeter (I think I left it in the car).

Some of you might remember that beautiful Microway black metal monolith I picked up a few years back. Finally getting around to shooting a video about it. Weighs in @ 52lbs and just over 2ft tall. It's a monster 486 workstation. Hopefully I will have the video edited in the next week or two. It's an early 486 EISA motherboard loaded up with 64MB RAM, a Weitek FPU and at its core, a Kingston TurboChip 133. You will notice I replaced the Dallas 1287 with a button cell RTC replacement produced by The Glitch Works.

That's wild, I seent a full full AT 486 motherboard of that scale some 325 moons ago, but it was a quad!

Been doing a bit of welding to extend the the psu input wires as well as repairing the cpu fan for my AMDK6-2 400 Linux build.

Fairly basic kit, but after a while you get the knack of using a cheap nz$25 soldering iron to get these wee jobs done. I subscribe to the L. Rossman technique of flux use-drown the suckers.

I got two new people introduced to RTS gaming via the original C&C on the LAN! 😀

Unfortunately after a resent operating system and video card upgrade (Win95->Win98SE and TNT2->Radeon 9200) to retro rig #2, the aforementioned would keep dropping out of the LAN game usually within a minute or so of play. I could not figure out what was going on and first day was spent troubleshooting. After trying everything, including the Gold version of the game for Windows 95, I had basically ruled out everything except Windows itself, so I swallowed my pride, reformatted and reinstalled Windows 95 OSR2. There are no compatible graphics drivers for the Radeon 9200 for Windows 95, but since C&C for DOS only requires VGA, we were able to try that game and sure enough, we could once again reliably game without any hiccups. After the hard-earned gaming bliss I decided to put my TNT2 back in the computer and am now hunting again for a graphics card that would

1. provide a clear advantage in processing power over the TNT2
2. not require a ridiculous cooling solution or one of those annoying coin-sized fans that sound like razorblades inside the machine
3. would also offer solid drivers and compatibility with Windows 95, since apparently IPX gaming is broken on Windows 98SE.

Just going through my old ring binder I kept various tips/tweeks for various OSs at the time. Started the ring binder about 1998 or so.

Found this price sheet of what OS/2 Warp on nz$ back when it was released. It wasn't really that bad of a price looking back at the capabilities it had. Of course the nz$ was worth more then. 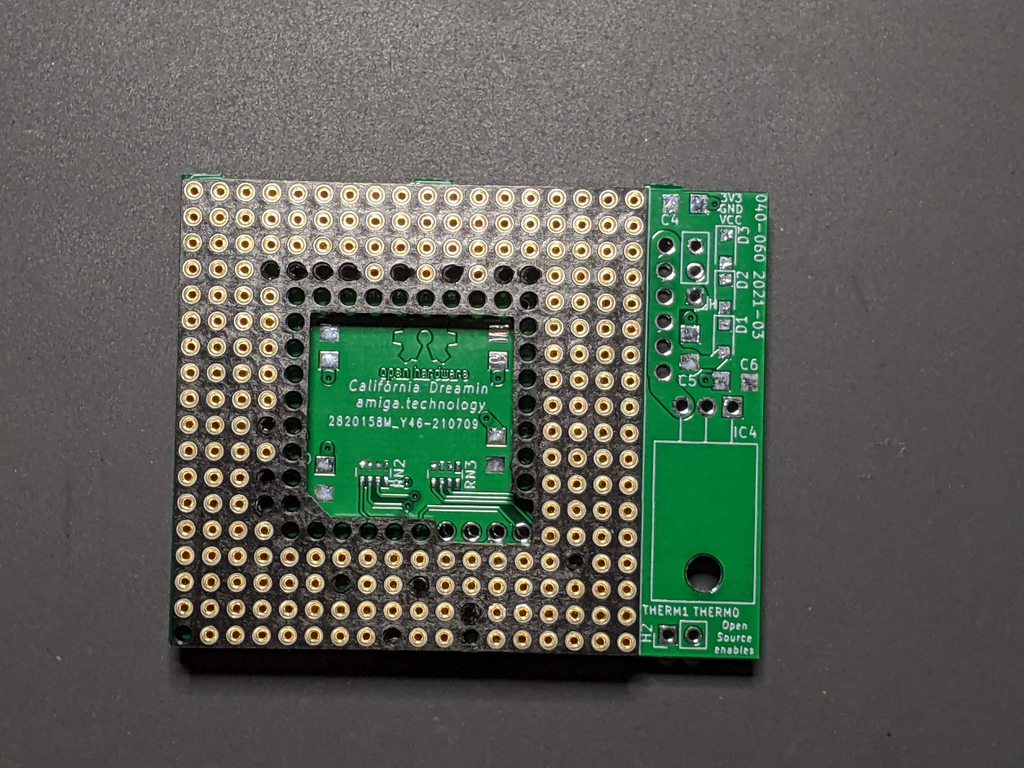 Spent a little while tidying up my mancave/home office and thought I needed some music to tidy up to. I wasn't sure if it would work but it did perfectly - a few dozen ROL files from http://cd.textfiles.com/somuch/smsharew/MUSIC/ and PLAYROL.EXE and the OLP2LPT adapter on my PS/2 Model 70 😀

Nearly there. A bit more welding. Tested the fans were ok,. One needed to be replaced. Another pre final assy to make sure all the wiring can be routed with out being pinched.Looking good.

Well... I ended up close enough. Ordered a Geforce 3 off eBay. Will report back once I try it. It will be interesting to see if the card will be able to handle the overclocked AGP bus or if I'll end up clocking the CPU back down to 750 MHz. Also how the performance and drivers on Windows 95 will compare to running the Radeon 9200 on Windows 98 on the same system. I was under the impression that the Radeon 8500 would have been quite a beast, possibly the best ATi card with Windows 95 support, but I could not find a single one on sale.

The one thing that I hated about nVidia graphics back in the Win9x days was the inconsistency in driver performance. The usual thumbs up for the latest possible driver did not apply, as I had clearly better performance with my TNT2 on older Detonators than the later ones...

The Weekend is the best time to work on retro computers. ( Saturday and Sunday in America(s) ).
Reminds me of the 1970’s thru 90’s buying components and building retro computers.

I think I will work on my old computers this weekend.