For some reason, I just cannot get AdLib to work with Wfw 3.11 on this system. I've reinstalled the driver a bunch, no fix. The midi mapper applet in the control panel doesn't ever show up. I get the following error when trying to run Media Player.

The drivers that show in the applet it mentions are: AdLib, Midi Mapper, Timer, [MCI] Midi Sequencer and [MCI] Sound.

Windows 95 does perfectly fine with the Opl3 driver it comes with. However, Windows 95 isn't period correct for this system, I really want to use DOS and 3.11.

Click on the adlib "applet" and look at the properties. Usually Adlib is the easiest thing to install.

This is what my control panel looks like. There's no AdLib applet either. 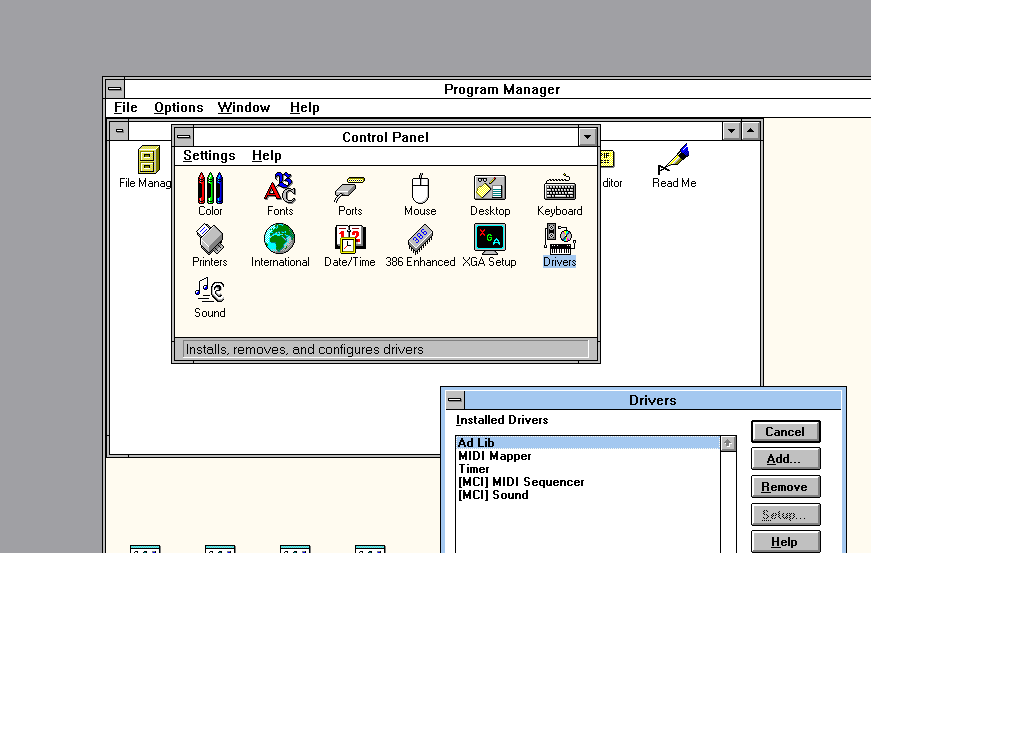 Resound 2 MCA is no real Adlib, only compatible.
Maybe this is the Issue.

Would be intressenting if it works on PlaidBid MCA which is a Adlib MCA Clone.