I am about to finish my Voodoo 5500 PCI Tualatin System

Is there any specific reason you are using the PCI version on a perfectly fine AGP motherboard?

the v5 is not the logical way 😁 it does not matter agp or pci.

I figure some new pictures are due on here of my stuff......it's been awhile. I don't have any new ones of the Tandy yet, I plan to break the Tandy 1000 in June - as I'm planning a V20 upgrade and possibly 8087 add-on, as well as installing DOSLYNX on it and giving it full internet access finally. So pics of that when I get it done.

To list the sheer amount of software this thing runs would take all day. The more impressive stuff is Seamonky, Firefox, and Thunderbird from ToastyTech, Cakewalk 4.5 which I HAVE used to record digital multitrack audio (yep - it's a 486 DAW - insane), and quite a nice collection of games for each O/S ranging from Ultima VI era stuff and some AGI titles up to stuff like GTA, Postal, Duke Nukem 3D, and Diablo.

Where I moved to - it gets pretty hot during the summer, so to keep the heat down, I change to progressively older computers over the spring/summer, I also do this because during the spring/summer I'm out playing shows and making plans with the band and don't have as much time to get immersed in the more complex things my newer boxes (486, Pentium) give me.

The GEM has been let sit way too long. In the last month I've sorted out the conflict between my sound card and my SCSI host adapter, got DOSLYNX working, tweaked Arachne to be more comfortable, added a EMS driver to it finally, and installed the GPL version of Game Maker on it. I'm slowly starting to learn Bill Gates was wrong when he said "the 286 is braindead" - not this one, Wolfenstein 3D runs comfortably on it. It also slows down PEREFECTLY for a lot of "turbo XT" era software when the turbo button is turned off.

I got this last summer after I recovered the data from it for a friend. I have the 3GB original HDD as an experimental drive for my 486 now so I plan to put an 80GB drive in this and use Virtual CD-ROM to run my CD-based games in it. Currently it needs a replacement Dallas Clock module, not sure what model because it's an aftermarket weird one (I have a picture of it somewhere). It's home-base O/S will be my old copy of windows 98 SE that still all these years that somehow I STILL remember the entire product key even though the original CD and packaging have turned to dust.

I had one of those NEC Readys that looked similar. Excellent machines.

Nice man. I have a soft spot for socket 5 Pentium pc's 😊 It's a platform that needs more love!

How are those Microsoft keyboards?

OMG! I love the NEC! My dad bought a NEC Ready 9712 (Think that was the model) back in 1997. It was the brand new MMX line from NEC, 166 MMX, he upgraded the ram from 16mb to 32mb, had a 2mb ATI rage (something), 33.6 Modem. I absolutely loved this computer, spend countless hours having dial-up matches of Duke 3D, played Black Dahlia on it. So many good memories! Came with Win 95C because if I remember it had 1-2 USB ports. 16x CD, amazing speakers. My friend at the time only had a 486sx/25 with a 14.4 modem so when we'd have marathon Duke 3D matches, we couldn't actually get too close to each other otherwise his PC would lock up ha. Wish I still had the computer 🙁 Unfortunately my dad sold it off when it was upgraded/replaced years later. The rule in the house was anyone who had homework could use the PC first, so once my sister found Encarta, since she was in High School, I never go to use it much. So saved my paper route $$ for months and built my own 233MMX system with the ATI 3D Charger. So many good memories 😎

I have that exact case myself! It's quite a lovely one, but is indeed a pain to build a computer with. 😵

Omnibook 800CT - finally got some games up and running after having to take apart the floppy drive and grease it up.

Was close to going with a Microsoft Mouse, but couldn't resist the crisp edges on this Logitech that was still shrink-wrapped. 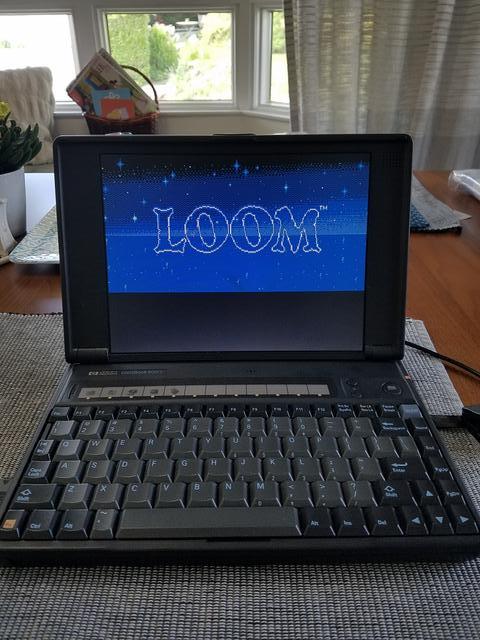 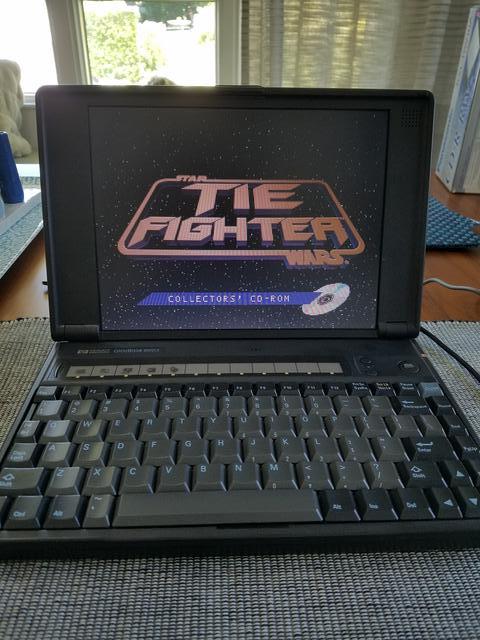 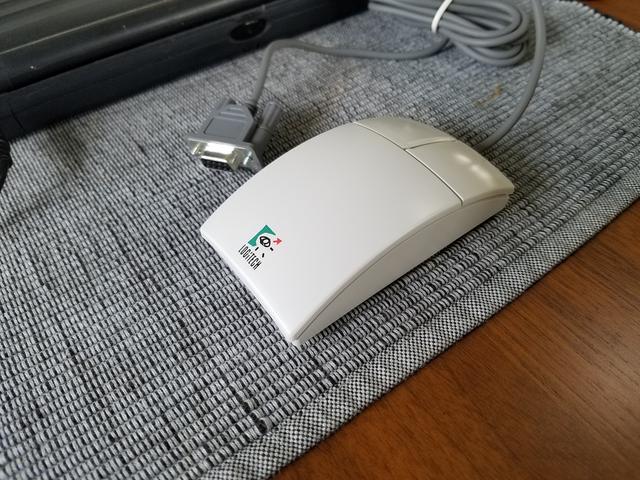 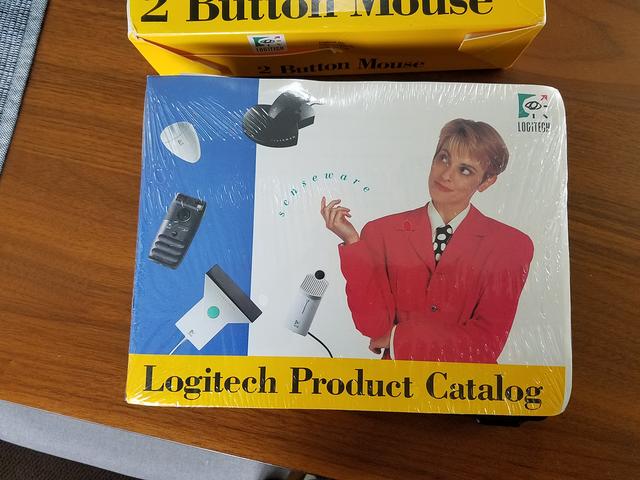 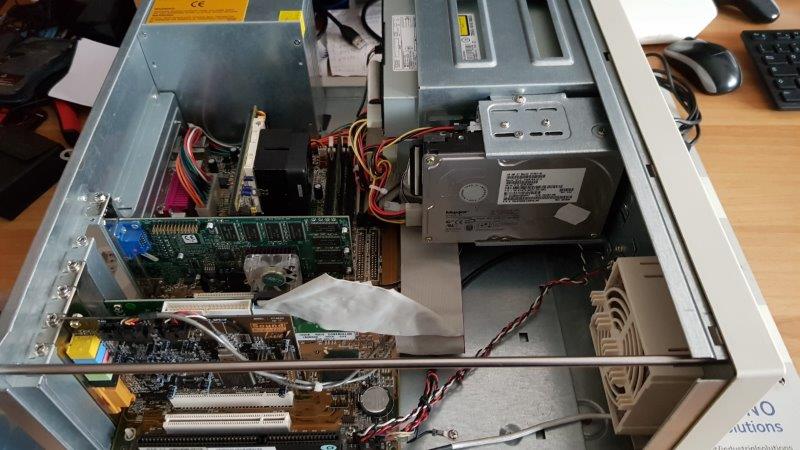 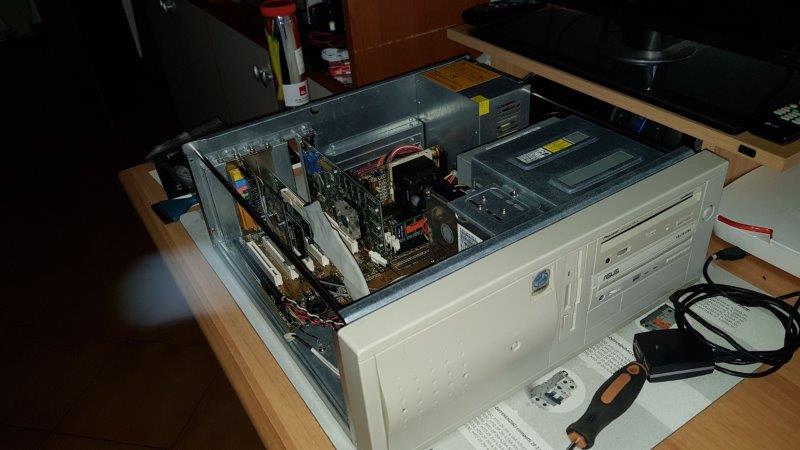 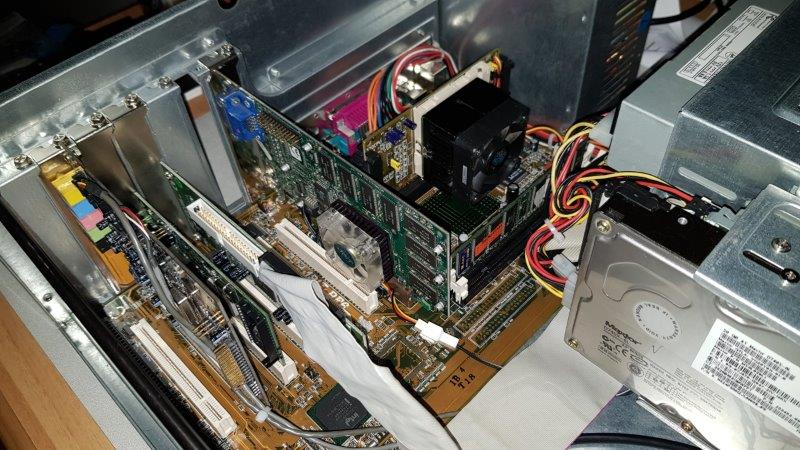 I've a Vibra 16S with real OPL3, but now i'm not gaming in DOS, and sound quality in Win9x, with D3D/EAX, of the live is very impressive.