We are the dedicated few. We will save them all!

Trying to determine where the power source for the clock in this HP Vectra 486 66/XM D2933A would be. No CR2032, no obvious capacitor, no barrel battery... There's no such components under the plate in the lower left, and the riser card has nothing on it barring the usual caps for ISA slots. The system is getting on in the years, and I don't want my fastest 486 biting the bullet due to a preventable component failure. The 78Z1122D-12 on the left is for the unused onboard LAN port, but I don't know what the vented plastic block on the right is. Information on the system is sparse at best. Manual sites only seem to have information for newer models, which have CR2032 cells in plain sight. Mysterious.

Says the part number for the battery is 1420-0513 don't know if that is much help. It's an external Battery. I beleive it's the Red connector at the bottom. This other HP uses the same part number and here is a picture. 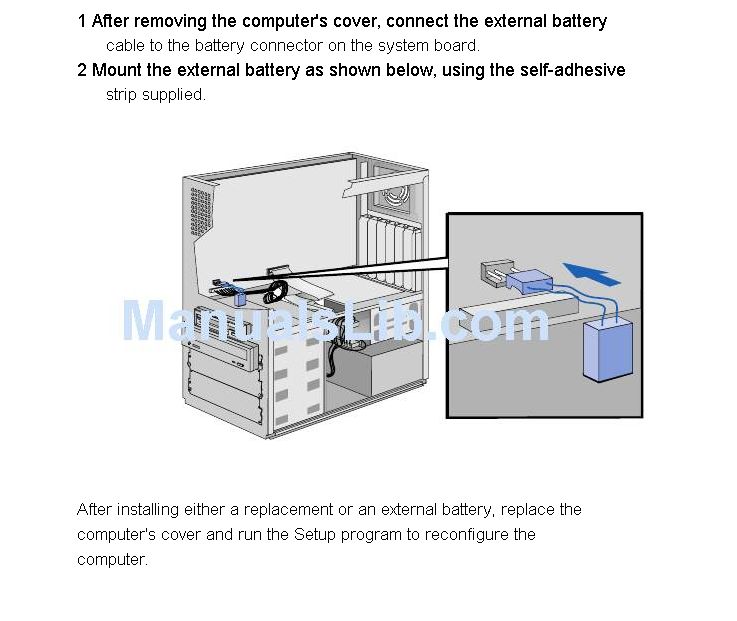 That's a plug for a fan. The system keeps time well enough, despite being off for days on end (switched off with a power splitter), but I have no earthly idea how it keeps time with no visible battery or discernible capacitors for the purpose. I highly doubt they're on the underside of the board. The newer Pentium system I put together had a completely dead CR2032 that I replaced while I was setting the CF card up.

Edit: It seems to have quit keeping time now, so I'll just ignore it.

So I've been looking at this card:

It doesn't instantly break the system and using the pass through cable of my Voodoo 1 it does pass through, however Windows XP (for testing purposes) doesn't seem to see the card at all. Not even if I refresh Device Manager. Any idea?

No sign of physical damage and gave a good bath in isopropyl alcohol and some rubbing. It's as cleand as the first day it came out of the factory. No change.

Got a text from an old subcontractor a few weeks ago. Knowing my interest in retro computing, he asked me if I happened to have an Asus P5A-B board to sell. Told him no, sorry, and asked what he was gonna use it for. Turned out he's repairing an old CNC mill, that's controlled by a built in MS-DOS PC with that particular mobo and a custom ISA I/O card. Figured any baby AT board would do the job, and offered to swap a tested and working Lucky Star board for the broken P5A-B.

So, today I finally got the P5A-B in my hands. It's the 1.04 revision. Cleaned it off, and checked it visually. Everything looks good. Can't wait for Wednesday, when I'm going home from work, and start the project to get it back to life again 😁

I didn't realise just how much PC stuff I had until I had to move it all. I only have four cases, including my modern PC, but the amount of random cards, boxes of screws, games, IDE cables, motherboards, box of CPU coolers and fans... I shudder to thank how much stuff serious collectors have!

My goal today was to crimp an SLI cable for a friend who I gave a second Voodoo2 and pointed him at the mismatched driver kit. Didn't want to use one of my own floppy cables so I went to out local hackspace and dug through their bin of ribbon cables for the parts.

Found an SLI cable at the bottom of the bin, so I came in wanting to crimp one cable and left with two!

Spent 5 hours checking traces in an EISA 3486 board to try to figure out what the jumpers do. Last post here:

The president of the local Woodworkers Guild decided to give LibreOffice a try on Linux Mint installed on a P4 system. She's pretty laid back and picked it up without breaking a sweat.

The monitor is a re purposed SONY BRAVIA someone left at my old work place on the counter by the secure exit. It had a note attached saying "free to a good home". I've set autosave for 5 minutes just in case. Good for those of us with failing eyesight.

She's the one of the first women in NZ to complete a Maori carving course. Being a whitey though didn't go down well with some of the brown male folk who couldn't match her skills. Despite the fact she suffers badly from arthritis.

Went through my collection of 72pin ram sticks and tested each of them and put stickers on them with the size. No more mysteries about the size of each stick.
Total count ~50. Even found 2x32MB 60ns sticks i wasn't aware of, and 16MB 50ns stick that might be handy on some extreme overclocking. 😀

The bit about the Trident card being unable to run higher than 256 colors -- my C&T accelerator in my 486 laptop is the same way. Under 95 the Chips and Technologies Accelerator (new) driver said I can push hi-color (16 bit) to my display but then I'd reboot as part of the setup and it would yell about my settings being invalid. I fiddled with monitor drivers, thinking maybe I had the wrong one installed that way, but no... Load up speedsys and it only sees 960K of VRAM which I thought at first to be the cause, but I thought you could push 640x480x16b with only 512K?

It's pretty much moot at this point because I've left Win95 behind, just elected to go full-on DOS 6.22 on it since I don't technically have any other systems running plain old real MS-DOS 6.22 and not 7.x. I may eventually go back to 95(B this time, for FAT32) since I have a bigger hard drive (well, SD card actually) in it now and having it split into two FAT16 partitions annoys me more than I'd like to admit.

Glenden Wood is just full of surprises. I keep throwing games at it that it shouldn't really be able to run at all, since the Thunderbird barely even got to the title screen -- stuff like Doom 3, The Sims 2, Psychonauts, and Serious Sam 2. Stuff that in reality is far better suited to a fast P4 or A64 system with a much better video card and double if not quadruple the RAM. I have to sometimes push the resolution down and cut down the settings, but overall it's running this stuff rather well. Especially by comparison! 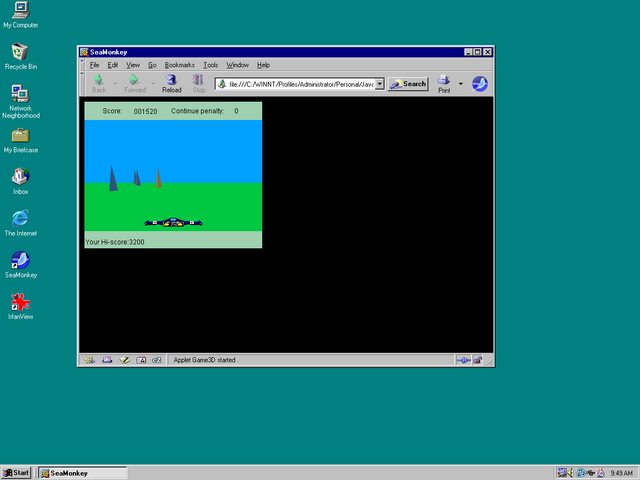 Early to mid '90s was an interesting time wrt x86 OSs then later on with NT, BeOS and Linux popping it's head in. I think the x86 is the most interesting arch wrt the variaty of operating systems available to it. With the release of Pentium 133s up there were very useful.

Seen as you mentioned SuSE 7:

And as a bonus:

Started thread on *nix related stuff. *nix software and systems Feel free to join in. The young upstarts are welcome as well if they want to know a little but more about computing stuff outside the norm.

So cool. Nice to get to know an OS/2-Linux guy. Have you used OS/2 extensively? Warp 3 was my primary OS between 1995-98 and I ran my BBS on it. It was also my introduction to Dial Up Networking and the Internet. O have such fond memories of that OS. There was something about it that just reminded me about Amiga OS, which is also very nostalgic to me. It's a shame I could never afford Warp 4 in that time frame and eventually moved to Win98/Linux dual boot in 1998 (then to Win2K/Linux in 2000).